On a rubbish day this week I stumbled across ‘T-Rex Trying’ and all was right with the world.

Penguin just released a book of ‘T-Rex Trying’ yesterday! I think I need it.

Have a look and chuckle at the tumblr. I promise it is a remedy to (almost) anything! 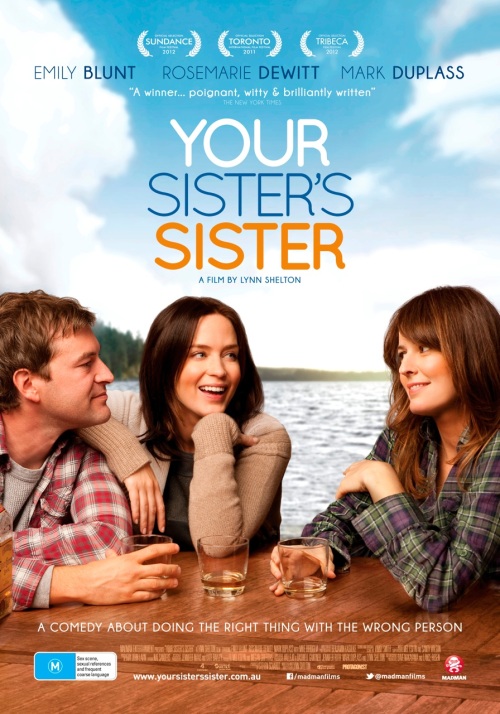 Last night was a lovely night… we ate Danish Men wrapped in a sun-dried tomato and parmesan dough,  drank presecco and watched ‘Your Sister’s Sister’. It is a really sweet film… a new fave, I think. It doesn’t have any explosions but it does have Emily Blunt, Mark Duplass and a red bike. If you’re looking for something to watch and snuggle on the couch with presecco and ‘Danish Men’ then I entirely recommend ‘Your Sister’s Sister’ but don’t watch the trailer on youtube… it pretty much gives the whole film away.

Autumn makes me all a bit giddy, changing leaves, knitwear, hot toddies, sheltering from the rain in the corner of a little pub… I have found autumn giddiness in a milkshake form! Over on Shutterbean.com there is a recipe for a Pumpkin Bourbon Milkshake.

Winter is surely upon us!  Time to wrap up, don your wollies and drink something mulled.

Here are a few things we found this week and thought we’d share:

Last weekend we feasted on the most glorious, colourful, healthy food – grown and made my the very talented Mr & Mrs Long at Bethanie, they share the secrets of their culinery loveliness over at the Bless Kitchen

Whilst in France we shared a dorm with some mightily talented ladies, and am particularly smitten by the illustration of the lovely Kate Alizadeh, check out her work here

Starbucks have their red cups out which means we have permission be get into the Christmas spirit, right?   So I have ordered these fab stamps from the delightful yellow owl workshop: 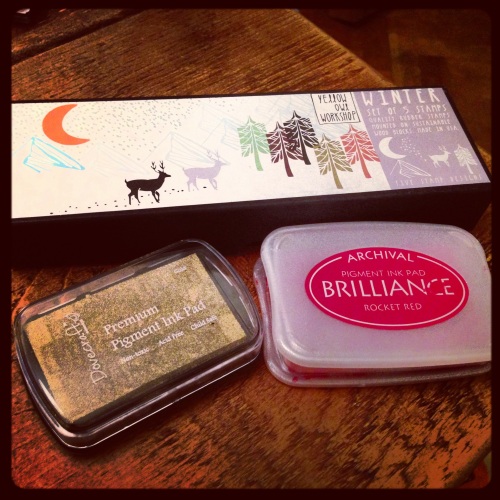 Have a cosy weekend!

Thank God it’s friday and naturally we have a few things for you to read, look at or try out this weekend.

Courtesy of ‘Oh Comely’  Twitter I stumbled, in my lunch, break upon this fun blog, Eggton, a way to pass the time, have a chuckle and get some recipes.

Courtesy of pinterest I found 31 Insanely Easy and Clever DIY projects that I plan on trying my hand at. 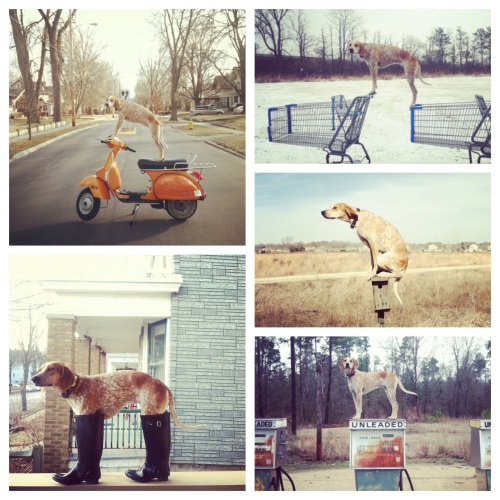 A little while ago my love of fun pictures of dogs meant that I started following Theron Humphreys on Instagram. He has a project called ‘This Wild Idea’  where he has been travelling around America documenting the lives and stories of different people he comes in contact with. He has also taken loads of pictures of his trusty, canine companion Maddie in lots of interesting places. ‘Maddie on things’, is definitely worth a flick through and will brighten the greyest of days.

As the weather has taken an icy turn and autumn and pumpkins are upon us it has made me excited for Autumn magic.  Cosy scarves, hats, coats, orange leaves, a cup of coffee, a good book and a camera.

It really does feel magic.

Some carving is in order so here are a few pumpkins to inspire you!

My little contribution is a tribute to my canadian heritage … and passport. Pretty easy as well!

And some more complicated ones for you ambitious and adventurous pumpkin carvers. 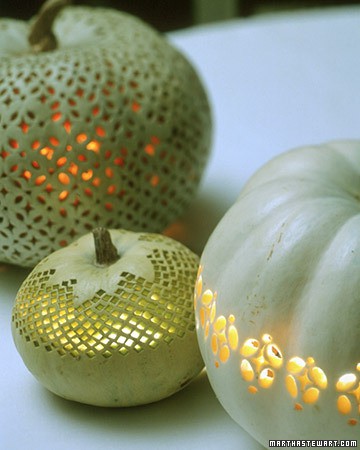 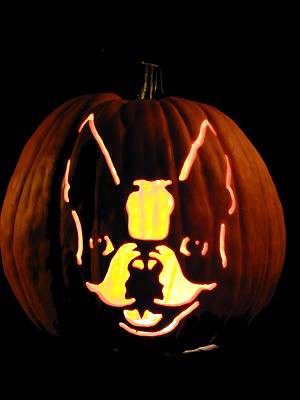 And my ABSOLUTE FAVOURITE! My main man … TOM SELLECK! Made by a genius young lady, called Jess Martin, in Vancouver!

I want one… A Tom Selleck that is, and a Selleck pumpkin.

When you are finished carving, keep the seeds, soak them in salty water and then roast them in the oven with salt, garlic and chili! Hot diggidy!

Hope this week has been lovely for everyone.

Here are a few little finds for your perusing in some down time this weekend…That is if you’re lucky enough to get some!

I remember when I was a little girl and I thought all I needed in the world to be happy were a pair of clogs from target. Now, 17 years later, I’ve gone full circle  and Swedish Hasbeens have been on my wish list for ages. Sadly the cost of them could probably feed a small country! Thanks to a tip from a most beautiful and well dressed lady I know I came across cheaper and just as lovely versions called Lotta from Stockholm. They are beautiful wooden swedish sandals AND they’re good for your back! Get on them… err ..or in them! These lovely pictures I found on Mo Funk Design.

Celeste has a sizeable obsession with Australian Masterchef. Watch the first episode of the Masterchef Allstars and you will know why! Not just a cooking show.

This is a lovely soundtrack to usher in Autumn. This band, Tunng, are so happy and lovely.

Another friday is here and with it some finds….

We mentioned ‘Red Hat No Knickers’ as a place to get affordable vintage online and now, dangerously, we have stumbled across another little place for affordable vintage, Apple Branches Vintage on etsy. So cute and not too dear. Oh dear!

Have a little look at Smokehouse a Smith Journal video.

WARNING It will make you want to go live in the woods, hunt and cut down trees, even if you are a lady.

If last weeks post has you still thinking about the silliness of love and romance, Two Cures for Love is a delightful read, it is a sweet and humourous selection of poems on love by Wendy Cope.

You can get it here.

We are looking forward to all the tracks of foxes being reunited this weekend! Yesssss!

Hope that your weekends are glorious and full of food, fun and friends!

Friday finds on a Saturday..

Apologies for the late post. Yesterday was spent on the couch smothered in deep heat and popping painkillers like candy. (That was hyperbolic, Mum, don’t worry I had them at the accepted 4 hour intervals!)

Better late than never here is something to lust after for your house, some sweet artwork and something for your belly on these chilly autumn days. 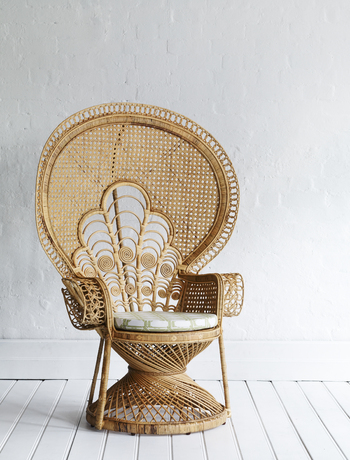 This beautiful peacock chair from ‘The Family Love Tree.’ Maybe I’ll bring one back from Aus when I’m out there? Not sure about luggage allowance? There are butt loads of beautiful things to ‘crush on’ on their website quilts, pillows, chairs.

Some seriously sweet artwork by Ghostpatrol:

The GhostPatrol website has some lovely images to get lost in from sketchbook drawings to Gocco prints. Do it… Have a look, I dare you! (sorry, that was a bit aggressive.. look if you want.)

And as the days grow more and more crisp we are definitely heading into Hot Chocolate territory.. Here is Jamie Oliver’s recipe for the Best Hot Chocolate. 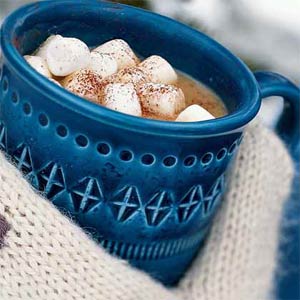 Play around with it though, add some Baileys, Rum, Coconut Milk, Nutella, a mint hershey’s kiss??

And maybe a baileys one for us foxes?

A collection of wise words from Frankie for this weekend…

For this little weekend we have some wise words from Frankie Magazine! 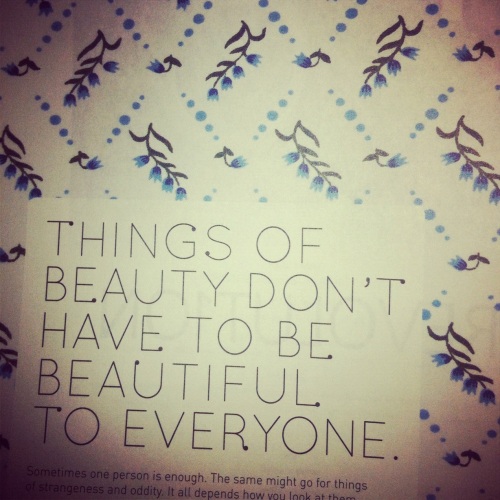 Yesterday a friend sent a beaut little link to a foxy feature on Creature Comforts.

A thing for foxes.  Nice to see we’re not the only ones!

All a bit obssessed at the moment with the idea of sailing away! A little while ago there was an awful lot of chat about a man from Dublin with a dreamy voice and a banjo, James Vincent Mc Morrow. It seemed that he was the ‘bees knees‘ in a few circles so, in principle, I didn’t listen to him. But now, as ever, I have relented and can’t stop listening, all be it a little late to the game. ‘If I had a boat’  in particular I haven’t stopped listening to and love this video that someone put to it. The images are from the 1999 animated version of Hemingway’s “The Old Man and the Sea” by Aleksandr Petrov.

On a little side note, this video has made me want to read some Hemingway. I never gave him a go ever since Kat Stratford said ‘ Hemingway was an abusive white-male alcoholic who hung around with Picasso hoping to nail his leftovers.’ in Ten things I hate about you. Probably shouldn’t base my opinions on teen romance films.

And still in the theme of sailing away, this old song, ‘We Are Free’ by Jay Jay Pistolet, has found itself back in my playlist after a million years.

‘I would like to sail away with you to the place where the sky and the ocean are the same shade of blue.’

So we hope that this weekend you get to enjoy the sun responsibly (suncream!), listen to some music, buy yourself a little treat, create something you’re proud of, rest up and dream big!

Our friend Matt always knows the best places to eat in, especially around his hood in East London’s Spitalsfield, and now he’s sharing his knowledge on his new shiny blog!  Make sure to visit him!

Hanna found this little fella on Pinterest and had to give it a little go… Find full instructions here!

Have you heard of First Aid Kit? They kommer från Sverige (come from Sweden) like Ikea and many other good things.

We may be a bit hooked on Beaver Falls… As Celeste says: “Don’t judge!”

Check out The Urchin Collective a gorgeous blog based in Cronulla, Australia… where Celeste grew up! Favourite posts to check out on there, recycle pallet vertical garden and the carnival birthday party. So much prettiness, so much fun!

Have a good weekend!